Meet Inspiring Speakers and Experts at our 3000+ Global Events with over 1000+ Conferences, 1000+ Symposiums and 1000+ Workshops on Medical, Pharma, Engineering, Science, Technology and Business.

Unique Opportunity! Online visibility to the Speakers and Experts

Organizing successful conferences has been at the core of Conference Series llc LTD. We are delighted to organize the 23rd World Congress on Toxicology and Pharmacology during June 22-23, 2021 at Kyoto, Japan.

At Toxicology Congress 2021 you can meet the world leading toxicologists, pharmacologists, clinical research professionals, biochemists and also the industrialists who will provide you with the latest innovations and scientific approaches thus help you in widening your scientific knowledge.

The topics of the Congress will reflect the recent advances, current trends, future trends and new approaches in Toxicology and Pharmacology.  The congress will cover among others:  Mechanisms and modes of action of various toxins, Clinical and Forensic toxicology, Emerging in vitro models, Medicine Development and Safety Testing, Regulatory toxicology and last but not least, a broad scope of pharmacology and toxicology in different fields.

Thus, our objective is, to create platforms which will gather eminent scientists who will undoubtedly enrich our congress during the Q&A sections.

Major Associations around the Globe:

Increasing demand to curb drug toxicity at the drug development phase coupled with new drug development is expected to fuel growth of ADME toxicology testing market over the forecast period. ADME testing refers to the pharmacokinetic testing of a compound in living organism and known as ADME/Tox. Drug development is a cost and time intensive process. The traditional drug development process includes toxicity and efficacy testing in in-vivo environment which is responsible for late stage failure of drugs in human body, as the results observed in animal models and human are different. To overcome this drug failure hurdle drug manufacturers are incorporating ADME toxicity testing in early drug developmental phases.  Increasing adoption of ADME toxicity testing as cost and time curbing tool is further expected to drive growth of this market. Introduction of technologically advanced computer based testing models are additionally fuelling growth of this market.

ADME toxicity testing market is studied with respect to in-vitro and in-vivo technologies. In-vitro technologies are expected to register lucrative growth owing to increasing ethical concerns over animal use in clinical trials. Insilico technologies of in-vivo testing are gaining popularity due to its capability of effective cost reduction due to early ADME toxicology prediction. Use of ADME toxicity computer modeling is expected to rise because of associated benefits related to increase throughput screening.

Glance at the Market:

The in vitro toxicology testing market is expected to reach USD 8.74 Billion by 2022 from an estimated USD 6.34 Billion in 2017, at a CAGR of 6.6%. The key factors driving the growth of this market include opposition to animal testing, growing demand for in vitro technology in the European market, new and promising technologies, and increasing R&D expenditure to detect toxicity at an early stage.

Based on toxicity endpoints and tests of in vitro toxicology testing, the market is subsegmented into ADME, genotoxicity, skin irritation and sensitization, cytotoxicity, ocular toxicity, organ toxicity, phototoxicity, dermal toxicity, and other toxicities like eco toxicity, endocrine disruption, and reproductive & developmental toxicity. In 2017, the ADME segment is expected to account for the largest share of the global in vitro toxicology testing market owing to its highly reproducible & accurate data and the increasing demand to curb drug toxicity at the drug development phase.

To Collaborate Scientific Professionals around the World

Abstracts will be provided with Digital Object Identifier by

Universal acclaim based on
8960 Ratings 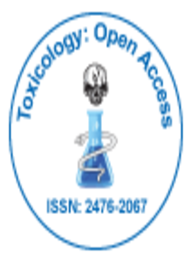 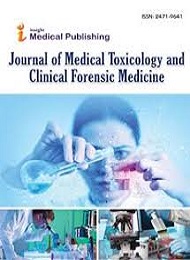 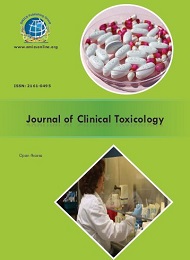 The Piaget Limelight Stella aims to evoke feelings of freedom, power, and independence through its heavy use of the moon as an iconographic symbol. Not only does the moon take centre stage in the watch s only serious complication, it also supposedly acts as a totem of femininity, silent strength, and balance. Luxury fake Piaget watches asserts that the characteristics of the moon are often those associated with femininity. watches replica replica watches In some places, this designedly empowering rhetoric sounds a little generalizing to me, but I believe the comparisons are made in a complimentary, rather than patronizing, manner.